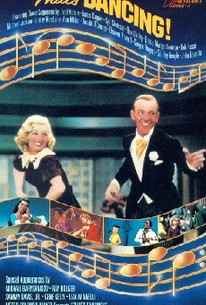 Running time 134 minutes Country United States Language English Budget $3.2 million Box office $19.1 million That's Entertainment! Is a 1974 American released by to celebrate the studio's 50th anniversary. It was followed by two sequels and a related film called. The film, compiled by its writer-producer-director,, under the supervision of executive producer, turned the spotlight on MGM's legacy of from the 1920s through the 1950s, featuring performances culled from dozens of the studio's famous films. Archive footage of,,,,,,,,,,,,, and many others was featured. The various segments were hosted by a succession of the studio's legendary stars:,,,,,,,,, and (representing her mother, ). Most of the hosts were filmed on MGM's famous, which appears ramshackle and rundown in this film, because MGM had sold the property to developers and the sets were about to be demolished (several of the stars, including Bing Crosby, remark on this during their segments).

The most notable degradation can be seen when Fred Astaire revisits the ruins of a train station set that had been used in the opening of two decades earlier, and when Peter Lawford revisits exteriors used in his 1947 musical. That's Entertainment! Was the last major project to be filmed on the backlot. The title of the film derives from the anthemic song ', by Arthur Schwartz and Howard Dietz, which was introduced in the 1953 MGM musical,.

The title is usually expressed with an, but it is also correct to refer to it without (see the movie poster). Contents • • • • • • • Dedication [ ] “ Over the years, under the leadership of and others, Metro-Goldwyn-Mayer has produced a series of musical films whose success and artistic merit remain unsurpassed in motion picture history. There were literally thousands of people. Artists, craftsmen and technicians.