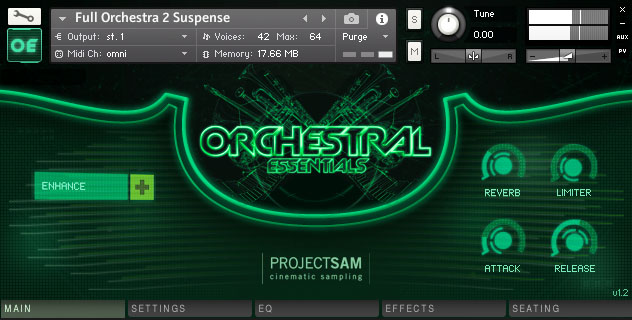 Sanctify your soundtracks with Tonehammer's new choral library. The Gothic hymn-book graphics of Requiem's user interface conceal a secret. Over the last year or so, West Coast company Tonehammer have been steadily making their mark on the sample library market with an idiosyncratic and creative combination of exotic percussion, thunderous drums, moody pianos, evocative female solo vocal collections and er, sampled bees. Their latest release is by far their most ambitious, featuring the combined talents of 37 singers and a world‑famous choir conductor. Barbara poker vyazanie sverhu vniz chitatj.

Recorded over a period of two weeks in the hallowed acoustic of one of San Francisco's oldest cathedrals, the choir was conducted by Robert Geary, artistic director of the acclaimed Volti choir (who specialise in contemporary music by US composers) and the 200‑voice San Francisco Choral Society. SFCS's Alan Kleinschmidt was also on hand to direct proceedings. Portentously titled Requiem, the library includes a full choir of sopranos, altos, tenors and basses, separate male and female groups, and five soloists (two sopranos, tenor, baritone and bass), all recorded 24‑bit from multiple microphone positions. It ships in two versions: Requiem Pro (which requires the full version of Kontakt 4) is the master library featuring all the mic positions.

Optimised for use on laptops and smaller systems, Requiem Light has a reduced sample and articulation menu, includes free Kontakt Player software and blends the different mic position samples into a single stereo mix. Upgrades in both directions are available — the Light brigade can turn Pro by shelling out more dosh, and Pro users can purchase the Light stereo samples as an add‑on. Tonehammer have a download‑only policy. Though I applaud this conservation‑minded approach, there are potential pitfalls: you'll need a fast broadband connection to download Requiem Pro's 23GB of samples, and once they're copied onto your drive you obviously can't send them back. Caveat emptor applies here, so to avoid any misconceptions over what you're buying, be sure to listen to the demos of Requiem at Tonehammer's site beforehand.

Anyone minded to make pirate copies of the library might want to think again, as the makers have individually watermarked each sample and can thus trace unauthorised copies back to the original owner. (Cue police car siren.) However, Tonehammer are happy for you to freely duplicate the library on your own system without a dongle — they just don't want you to give away the fruits of their labour to others. It's hard to argue with that. Click on the hymn book and an elaborate performance control panel (embossed on alchemist's parchment, naturally) magically opens.

What sorcery is this? The choir was recorded from three main mic positions, stage, mid and far, with microphones placed respectively five, 15 and 45 feet from the singers. The soloists were also close‑miked, giving the option of a drier, mono‑ish sound. Certain performances segregate the male and female singers, but rather than sampling sopranos, altos, tenors and basses separately, the choir is mainly presented as a full unit, with the different voices mapped and blended according to range.