Sound: This unit has a very nice warm sound - I use it for voice work and am very happy with the sound of the tube pre-amp. Feature: Excellent feature set for the price! I find it very useful that both the compressor and parametric EQ can be bypassed if needed. Ease of Use: Maybe I'm old-school, but I like having all my controls on front of the unit and I also like the option of assigning the analog VU to various monitoring duties. Easy to set up and use if you have any clue about audio gear. Quality: For this price range, I was surprised.

Worth every dollar I paid, period. The Wow Factor: I have to say that it looks sweet sitting in studio.

People not in the know are easily impressed by all the pots, switches, leds and meters. Overall: Overall I'm super happy with this unit.

Or two or three. Sound: Great sound for the price range - it's very clean and the tube pre doesn't color the sound much (can be a good thing or bad thing depending on what you want out of it) until you really drive it. It's a legitimate tube-based design in a world of 'just stick a tube in there somewhere and it'll sell' products, and it sounds great and clean. I've heard that swapping out the tubes for better ones can make the sound even better, but I have no complaints thus far.

Feature: It definitely has the best feature set in its price range - legitimate tube preamp with HPF, double-duty compressor (either tube or optical mode for different sounds and applications), and legitimate tube EQ with two sweepable mids. Each section would be a great unit on its own, and in fact they were before Art combined them as a channel strip.

I like that they've kept a modular design - you can patch into or out of each individual section, or even re-patch them to re-route the signal flow (like if you'd rather have the signal go from the preamp to the EQ before going into the compressor). I've found that I like to have a few different compressors available to choose from for different applications, and I can easily bypass the internal compressor before coming back into the unit for EQ.

My one complaint is that the compressor doesn't have variable attack or release times - instead, you have a button that chooses 'fast' or 'slow' for attack, and 'fast' or 'auto' for release. I have to admit that these options work for 90% of applications, but for control freaks who really want to fine-tune their compression (like me), it's a bummer. That's why I keep an FMR Really Nice Compressor sitting on top of this unit to patch into and out of. The VU meter sucks, though - there's no defending it.

It's far too sluggish to have any meaningful use, and while it looks cool, I wish they had used the space for attack and release knobs for the compressor. Ease of Use: The manual is pretty solid, and anyone who already knows what they're doing shouldn't have much of an issue with it. You have to MAKE SURE that you set up your gain staging correctly, or it'll be noisy, especially if you're using a lot of make-up gain coming out of the compressor. This isn't an issue with the unit as much as an issue with proper gain staging - when I first got it, I was bummed that the compressor section was 'so noisy' until I learned to set it up properly (get a good signal coming from the pre, get the compressor zero'd vs. The original signal, then use the master output for whatever makeup gain you might need). The actual interface is perfectly usable. 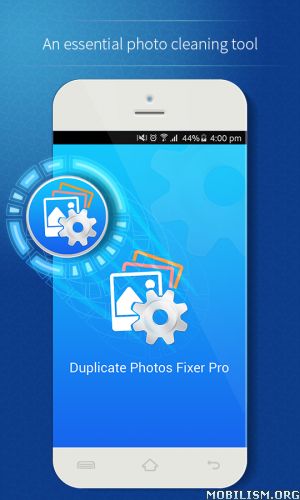 Quality: It feels nice, smells nice, and looks nice. I knocked it off of the table once onto a hardwood floor and it hasn't had a single problem (cosmetic or function-wise) since. Value: The absolute best bang-for-the-buck in its price range.

You'd have to spend significantly more (around $1,000 or more) to get a significantly better channel strip. Manufacturer Support: I haven't needed any support yet, but the manual is nice and helpful. I wish the manual/company was a little friendlier about encouraging swapping out the tubes, but I understand that they have to cover their butts if someone fries their own unit. The Wow Factor: It looks clean and nice - not too techy and not fake-vintage. Overall: I'll use it until I can afford something significantly better. And then I'll still use it. Sound: For this price range, this is the BEST mic preamp!