THIS POST IS NOW OUTDATED! The instructions below only apply to kernel version setenv bootargs mxcfb0:dev=hdmi,1280x720M@60,if=RGB24 U-Boot> saveenv U-Boot> run bootcmd Windows CE Windows Embedded Compact 7 from Adeneo contains two support for HDMI and the Freescale LVDS1 panel in the form of two separate O/S images ( NK*.bin). QNX At the time of this writing, only the 7″ Parallel RGB display is supported in QNX. Known issues There is a known bug in the HDMI driver which causes display corruption if an HDMI monitor is either disconnected and reconnected or powered down and back up during operation. A customer just reminded me of an outstanding bug related to Ubuntu releases and the 7″ display.

How to move HDMI from I2C2 to I2C3? I am move I2C_BOARD_INFO(“mxc_hdmi_i2c”, 0x50) from static struct i2c_board_info mxc_i2c1_board_info[] __initdata to static struct i2c_board_info mxc_i2c2_board_info[] __initdata in board_mx6q_sabrelite.c What else it is necessary to make? (excuse for my bad English). During u-boot loading time I see the image on the monitor, and during Linux operating time – no. I am looking for some video assistance on a custom i.MX6Q board we have in development.

Currently I have HDMI and LVDS displays connected. When I boot our Ubuntu Linux kernel, only the video source which is attached to mxcfb0 displays the GUI. I can still utilize both displays using gstreamer. Should I be able to use both displays to extend the Ubuntu GUI? Font mercedes serial numbers. If so is the xorg.conf file used to set this up? Earlier in the boot cycle only the selected display displays the Linux penguins while the other display isn’t even in sync.

Once the file system starts to load both displays get in sync. Following is the u-boot environment variables: bootargs=console=ttymxc0,115200 video=mxcfb0:dev=hdmi,1280x720M@60,if=RGB24 video=mxcfb1:dev=ldb,1024x600M@60,if=RGB666 If I switch the fb0 and fb1 variables, then the LVDS display works and the HDMI display does not. Is there something within my custom board files that control which display gets enabled? How do I get both displays to work during the early boot cycle? I would expect to see penguins on both displays. Thanks is advance. 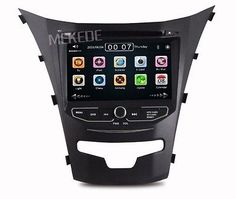 Hi Paul, Nice dig with the “my iWave board does.” ðŸ˜‰ Penguins are easy though. You’ll just need to unblank /dev/fb2 somewhere in the boot process: # echo 0 > /sys/class/graphics/fb2/blank Note that /dev/fb1 is the YUV overlay associated with /dev/fb0 though. It’s not normally the second display. You can get a more complete picture through this bit of shell-fu to browse the /sys tree: for fb in /sys/class/graphics/fb?; do echo '----------- $fb'; cat $fb/name; cat $fb/mode; cat $fb/fsl_disp_*; done. New finding on the Dual Screen issue with our iMX6Q custom board. I found the following error in my Xorg.0.log file – Screen 1 deleted because of no matching config section.